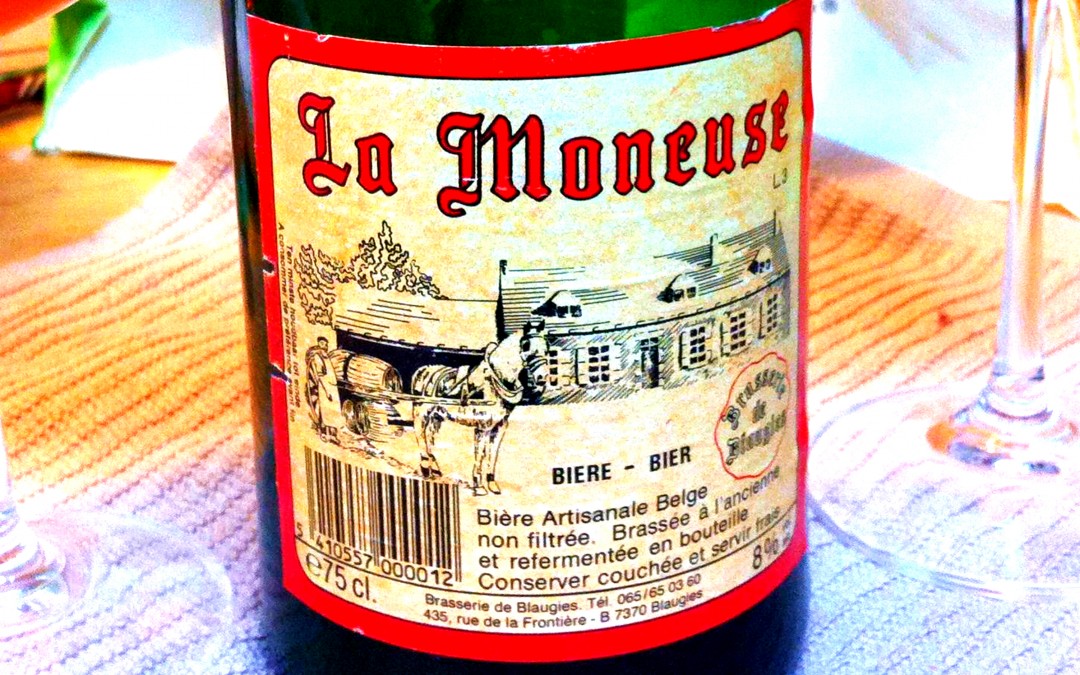 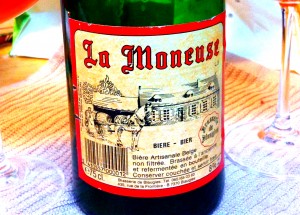 A quintessential dry and funky rustic saison brewed in rural Belgium by a small family run brewery. Saisons don’t get much more authentic or small batch than this.

Saison is a beer style born during the 19th century in the Wallonia region of southern Belgium. Traditionally these beers were brewed by farmhouses in the winter months when fermentation temperatures were naturally amenable. Winter also tended to be a slower season for farmers than spring and summer thus allowing more time to fit in time consuming brewdays.

Saison is French for ‘season’ and these beers were usually stored for many months after being brewed so they could be used to quench the thirst of seasonal labourers who worked the farmland in summertime. Water at the time was often of questionable cleanliness, so having a good stock of provisional ale on hand provided a beneficial substitute. The fact that these often robust beers provided a significant amount of spent grain was also a bonus as it could then be used to feed hungry livestock during the harsh winter months. These rustic and storied ales were a vital part of farmhouse life and indeed survival during the 19th century in rural Belgium.

To ensure their storage potential and in an effort to avoid spoilage and infection during their many months in the cellar, saisons were usually brewed to a fairly robust ABV. (alcohol by volume) of somewhere between 5.0 – 8.0%. They tended to be fermented out until very dry and were often brewed with herb and spice additions which could provided some level of antibacterial and preservative quality. Because they were being brewed in non sterile farmhouse environs, multistrain fermentations often made for what we now refer to as a ‘wild’ or slightly funky character. Indeed, it is highly likely that naturally present strains of brettanomyces yeasts and microflora were a significant contributing factor to the aroma and flavour of most early incarnations of saison. The ‘wild’ and estery yeast character in saison beers is still an important trait of the style today, this despite most modern saisons being brewed in sanitary conditions.

Without a doubt one of the best saison producers in Belgium today is Brasserie de Blaugies. This small family owned and operated brewery opened for business in 1988 and brews a small selection of bottle conditioned saisons in a rustic manner not dissimilar from those in the 19th century. The Blaugies saison we have imported from Belgium to showcase in this, our second Vault Reserve box, is La Moneuse. The beer is named for A. J. Moneuse, an infamous 18th century bandit, gang boss, and ancestor of the brewers’ family.

The taste and aroma of this strong 8.0% ABV. beer is quintessential farmhouse ale. Expect a spicy yeast driven nose, an earthy and slightly tart fruity body, a touch of sweetness from the high alcohol and a noticeably dry finish. Traditional saisons undergo secondary fermentation in the bottle and are highly effervescent – think champagne levels of fizz. We highly recommended that you allow this beer to settle in the fridge for at least a couple of hours before carefully opening it in the correct way – remove the wire cage, firmly hold the cork and slowly twist the bottle while pulling the cork until it pops. Pour the beer gently into your glass making sure to leave the yeast sediment at the bottom of the bottle.

This beer can be cellared for at least a few years if you choose to. Expect the yeast flavour to become more pronounced the longer you age it.