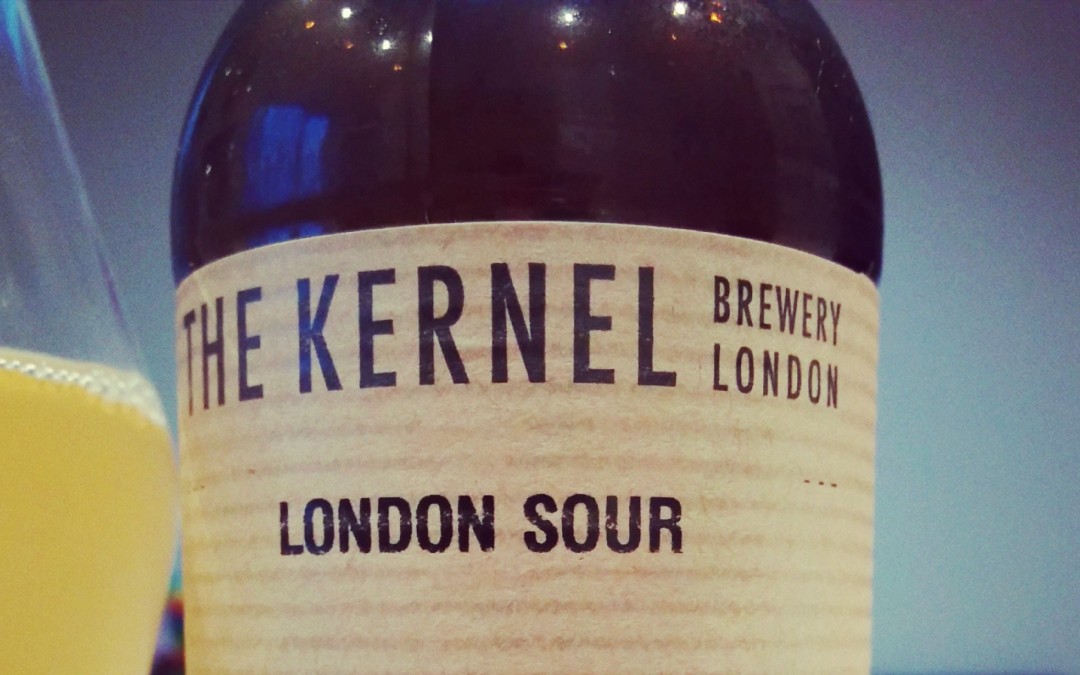 Kernal Brewing, according to the brewers themselves, “springs from the need to have more good beer” – as though anyone needed any more reason than that to start a brewery. But we’re certainly happy they did – this pragmatic brewery, located near the heart of London, eschews ornament and decadence in favor of positively nailing the classics. With a minimalist website, label, and general all-around vibe, Kernel nevertheless adamantly seeks to create “beer deserving of a certain attention.” Their weapons of choice are their “upfront hops, lingering bitternesses, warming alcohols [and] bodies of malt.” Such tools mingle artfully to create carefully and caringly brewed beers, and Kernal offers your favorite styles with confidence.

One such offering is their London Sour, an impressive beer in the classic Berliner Weisse style. For the uninitiated, a Berliner Weisse is Germany’s offering of what is colloquially called a Sour: a tart, low-alcohol beer that makes use of lactic acid in tandem with traditional ale yeast to create a distinctive, tongue-puckering funkiness. A beer with a storied history that reaches back into the 16th Century, Berlineer Weisses, as well as their quirky Belgian brother, the lambic, have recently propelled to the forefront of the modern beer scene.

Berliner Weisses are often served with some flavored syrup – raspberry and cherry are popular options – to balance out the sourness, but what you have here is the pure, unadulterated classic version. London Sour pours a hazy, pale yellow with a delicate white head, and gives off a mineral aroma. The first thing you’ll notice is of course that lactic acid working its zingy magic, but sip again and you’ll find hints of citrus, leather and even yogurt (thanks again, lactic acid!). Surprisingly refreshing and unexpectedly drinkable, Kernel’s London Sour is the perfect companion for your outdoor escapades.

London Sour, like many Berliner Weisses bizarre entity, to be sure, and certainly challenges one’s perceptions of what a beer can be. But that’s where the appeal comes from; unexpected and hosting a whole collection of unique flavors, Kernal’s London Sour is a truly solid entry point in the wild world of sours.