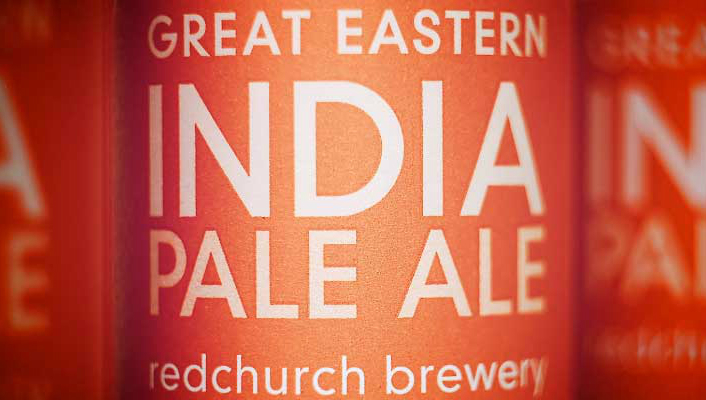 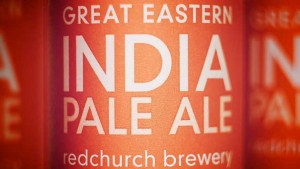 Quite possibly the juiciest India pale ale brewed in the U.K. Loaded with orange, mango, papaya and sticky marmalade flavour and aroma. In other words, a right juicy banger!

Redchurch Great Eastern India Pale Ale is what some of today’s British beer commentators refer to as, “a juicy banger”. What the heck is a juicy banger? I hear you ask. To answer that, we first need to talk a little bit about hops.

Hops are the vital bittering botanical and preservative ingredient in beer. They vary as much in character – more so in fact, than wine grape varietals. A fact that continues to raise the eyebrows of many wine drinkers, and indeed, beer drinkers. Some hops are extremely herbal and are evocative of sage and pine, others effervesce yellow citrus and are overtly lemon and grapefruit, some are unctuous, sweet and tropical, and so on. All of the major hop growing countries of the world – England, Belgium, Czech Republic, Germany, New Zealand, Australia and the U.S. have unique native and nationally bred hop varieties. Hop producers all over the world these days are rushing to cross breed and create new and interesting hop varieties for a booming craft beer industry ravenous for the next thing. It’s the U.S. hop varieties in particular that have driven the modern craft beer explosion. At the heart of many classic American craft beers and beer styles, are the so called ‘Big C’ hop varieties – Cascade, Centennial and Columbus, with an honourary fourth variety in Chinook. Between them these hops have come to define what we all think of as an American pale ale or IPA. The citrus lemon and grapefruit aroma so associated with West Coast pale ales is traditionally derived from Cascade. That extreme pithy and direct bitterness is probably Centennial. That resinous herbal sage – and yes, you’re not imagining it, marijuana aroma is almost certainly Columbus. And for Chinook’s no less important contribution to the overall “character” of modern American beer, well that’s where a lot of that sappy, sticky pine and spruce flavour and aroma is coming from.

So, with all that hop knowledge in hand, it’s not hard to see where the bright bods at Redchurch – one of London’s newest and best breweries, derived much of their inspiration from when designing their flagship IPA, Great Eastern. This lush American style India pale is brewed exclusively with Centennial, Chinook and Columbus hops and as a consequence is absolutely loaded with all manner of citrus, green herbal and sticky bittersweet marmalade notes. A growing number of beer drinkers believe Great Eastern to be one of the best IPA’s available in the U.K. and that’s something we wholeheartedly agree with.