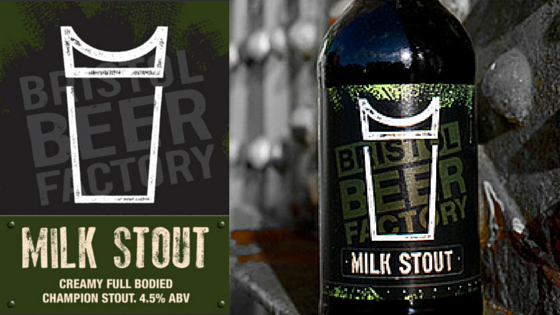 In a country with an already booming craft beer industry, a steadily growing number of breweries continue to push the boundaries, always willing to take a few chances. “Innovation and experimentation is the best way to run a brewery,” is the adage of Bristol Beer Factory, for example, a small brigade of rebellious-spirited brewers from – where else – South Bristol.

And this mentality manifests in their beer- the beloved standards, only slightly off-kilter. The brewery seems to relish in paying homage to the classics, with many of its offerings harking back to the “good old days,” while striving to wrap them all with a fresh, modern face.

Debuting in 2004, Bristol Beer Factory blossomed from a humble operation into a veritable, well, factory, of beer. Equal parts playful and traditional, the brewers relish in being part of the craft beer revolution while paying respects to the Ghosts of Beer Past.  And it’s not difficult to see where their spirit comes from – they’re brewing in an original 1904 brew house, the Ashton Gate brewery, a storied brewery that closed up shop in the 30’s. “The company has a firm belief that all the great ideas are already within the 4 walls of the brewery,” they claim, “it’s just a matter of extracting them.”

And their fervor absolutely infuses their beer with plenty of character. “We’re not afraid to try anything.”

It is perhaps this marrying of the old and the new that fuels the likes of their Sweet Stout (called, simply, Milk Stout), a popular offering that has nabbed them a few awards to boot (namely the National Championship – Stout category). Borne of locally harvested materials, the brewery claims the likes of this beer has been brewed on the site for the better part of a century. It doesn’t get more familiar than that.

Pour this decadent black beauty into your favorite pint glass and let the best parts of history repeat itself. Chocolate malts and lactose sugar (a variety of sugar yeast won’t eat – meaning it retains its sweetness) combine with a frothy, creamy texture to evoke memories of a chocolate milkshake, while the roasty, slightly bitter characters of the other malts reel it all in to avoid becoming too cloying. Look carefully for some other stout flavor standbys, notably coffee, and, if you look hard enough, maybe a bit of licorice.

Boasting enough flavor to stand alongside the heartiest of meals and yet quaffable enough for your casual chugging, Bristol’s Milk Stout is a surprisingly versatile little stout that is dependable as the farmhands it was supposedly developed for.