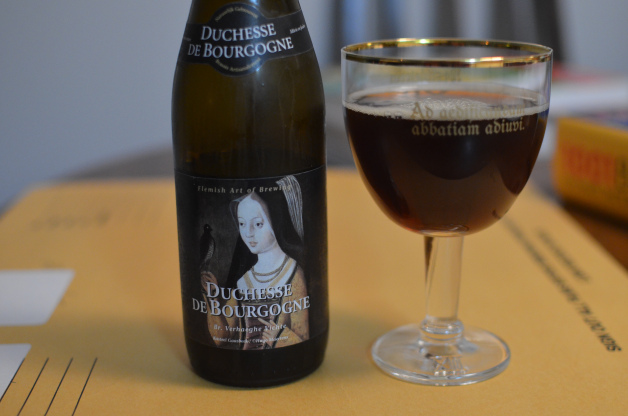 When enjoying craft beer, it’s easy to get caught up in the modernity of it. Flashy, streamlined brewing powerhouses built by scrappy brewers dot the landscape and have become our go-to places to get our brew fix. Founded through thoroughly contemporary methods like Kickstarter and brewing with the most state-of-the-art equipment, few things as “hip” as today’s craft movement. So, with all the flash and glamor, it’s not tough to forget beer’s roots, where beer was made with humble equipment by families and their beloved recipes. But, as it turns out, some of these roots are alive and well, and were shaping the independent brew scene before modern brewers even had a dial-up connection.

One of these legacy breweries is Brouwerij Verhaeghe, a small family-run brewery that creates some of the world’s most beloved beers. Located in West Flanders, Brouwerij Verhaeghe opened up shop in 1885, survived two World Wars (even after being dismantled by the Germans in World War I), and went on to become an institution to not only the locals but the beer-drinking world beyond. Their adage is “a little less but better” – meaning that they don’t have the sprawling tap list of many modern breweries, but what they do make, they make with the utmost care.

That includes one of the most cherished beers of all time – Duchesse De Bourgogne (it has its own Wikipedia page! How many beers can say that?). Duchesse De Bourgogne is a Flanders Red Ale one of the iconic beer specialties of the region. What differentiates the style from so many other beers is the use of lactobacillus in addition to traditional ale yeast. These renegade lifeforms live in the walls of the barrel that the beer is aged in, and impart a coveted sour flavor.

Flanders Red Ales like Duchesse De Bourgone tend to be less sour than their Lambic cousins (the other specialty of the region), so the style could be considered an introduction to sours – but that title belittles the elegant flavors at play here, and Duchesse De Bourgone isn’t a lesser version of anything. Dark fruits like raspberry and plum round out the tart flavors and the bubbly nature dances on your tongue. The final product is actually a blend of a main beer at two different ages – 8 months, and 18, to create the perfect balance of the young beer and the aged version.

It’s a beer steeped in tradition by a brewery that hasn’t changed much in the decades it has existed. As the modern craft beer world evolved into what it is today, breweries like Brouwerij Verhaeghe stayed still, and not to its detriment. Without being anchored in time, we wouldn’t have beers like Duchesse De Bourgogn, a truly wonderful beer that must be experienced.