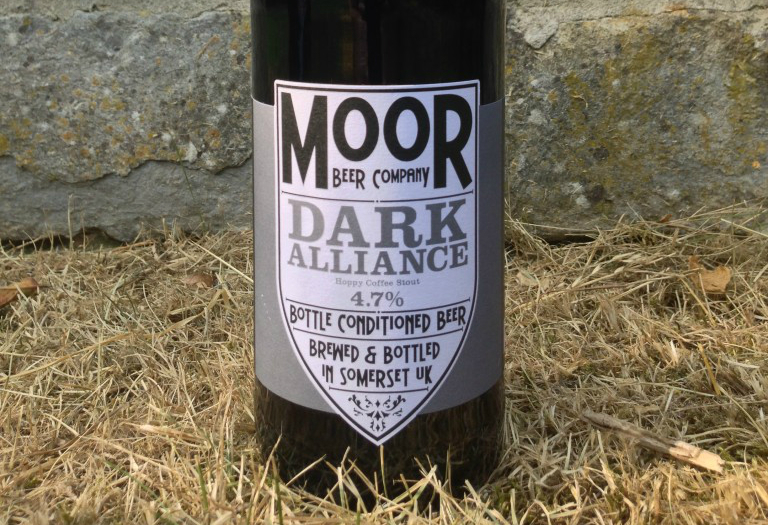 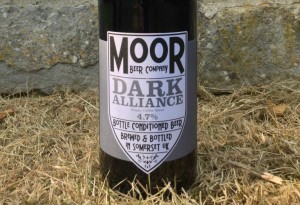 A beer that has become something of a Bristol good beer institution – especially now that Moor have relocated to the city from deepest Somerset. This sessionable American stout beautifully marries fragrant hop bitterness and the welcoming roast of carefully crafted coffee.

Moor and Arbor’s Dark Alliance is a three way collaboration between Moor Beer, Arbor Ales and Clifton Coffee. It has gone on to become something of a Bristol beer drinking institution. The same too can be said of its much bigger sibling, the massive 9.2% ABV. black hop bomb, Double Dark Alliance. More on that beer perhaps in a future Cellar Builder installment.

The 4.7% ABV. Dark Alliance came about, as many brilliant ideas in the beer industry do, after the brewers involved had enjoyed two or three lovely beers at the pub. The beer is a piney American stout brewed with a not insignificant amount of high quality roasty coffee.

The taste for particularly hoppy black beers has really taken a hold in the past five years, this can be largely attributed to the rise of the Black IPA – or Cascandian Dark Ale, if you prefer. While Dark Alliance isn’t anywhere near as bitter or as heavily hopped as a Black IPA, with beer drinking palates ever more tolerant of aggressively hopped beers, it’s not hard to see why this sessionable, yet hoppy dark beer, has become such a hit. Perhaps the residual caffeine in the beer from the coffee additition has something to do with its popularity as well?

This occasional, all-Bristol brew, is one of a growling number of dark – and indeed light coloured beers, that benefit from coffee as an extra ingredient. As to why coffee seems to work so well in dark beers, well it probably has more than a little something to do with that base roast character that defines both stouts and porters and of course coffee beans. Either way, it’s a modern coming together of two of the most enjoyed beverages in the World that only seems to be gaining more and more popularity. Indeed, you’d be hard pressed to find many breweries in the booming U.S. craft market that don’t brew at least one core, seasonal or limited release beer that involves coffee in some way.

So, if you like coffee and like dark beers you can now have your coffee and “drink it” too, and who could say no to that!